A second demo a little more long than the first one especially to record speedruns but i explain more into my kickstarter campaign:

The first Across the demon realm was a Oregon Trail but some backers begged me to create a platformer into the same dark fantasy lore, here is it!

This is not a Metroidvania. I love the metroidvania games but Across the demon realm 2 is a Ghoulvania! (If you are looking for a metroidvania you are not at the right place! ) 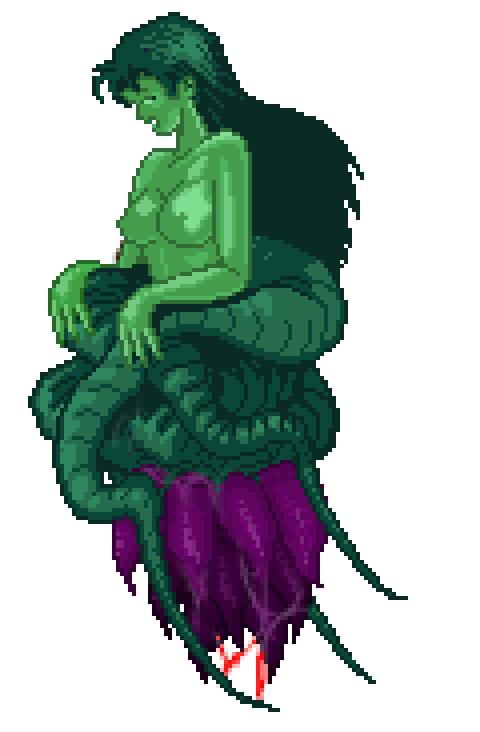 Many developers have forgotten what makes a platformer game fun.

In my opinion we must forget the giant and redundant labyrinths and go back to basics:

a quality level design as found in games like ghosts'n goblins, ghouls'n ghosts and super ghoul's n ghost but easiest cause this 3 games are nightmare to finish!

Many have tried to make games that are sometimes very pretty but terribly boring after having crossed the same levels over and over again.

I simply would like to make a linear platformer where the player cannot get lost as it is unfortunately too often the case in recent productions.

Only a button to jump and a button to attack, what's all! (No Rpg elements but a lot of weapons to grab! Sometimes you will steal the weapon of a defeated enemy! )

So the game is very easy to play!

Today, platform games (especially the metroidvania) have become like some open world games:

gigantic games where you can go everywhere but which are often full of the same sort of monsters...boring and repetitive.

I would like that the player does not get bored so the levels are less extensive, more linear but more varied.

However this will not be a little game: Take the trainer version so you can explore the whole game with the "level selection" and you will see a lot of various backgrounds, enemies, traps, weapons to grab and a big game made by a passionate of the golden age of the 80's platformers!

To resume, like my best previous game "Dogolrax" with Team Shuriken, Across the demon realm 2 aims to surprise  you in ways few games have before by introducing constant changes in environment, traps, monsters, dialog and plot twists!

And you will never be lost in a gigantic level where all the walls are the same!

You are the mysterious Darko whose face no one has ever seen.

If you played to the first"Across the demon realm" you probably discovered that Darko was a demon.(Spoil: Let the female zombie kill you! )

But you are a good demon! Play Across the demon realm 2 to discover the story of Darko!

I would like to make enemies as varied as in the famous game Shadow of the Beast! By testing the demo you will see that I have already started on this path and I intend to continue like this!

(So it runs perfectly on old and"slow" PC)

Use the keyboard or a xbox controller to play (I don't try other controllers but if it's recent enough you should probably play! )

Pledge now and find out about Backer unique and limited rewards on Kickstarter! 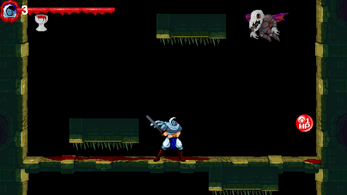 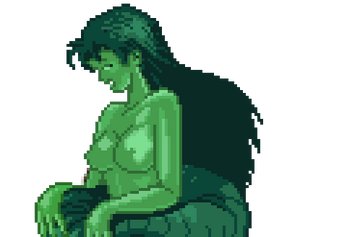